Aeris Houlihan: The FA needs to move with the times and shake off preconceptions about male-to-female athletes 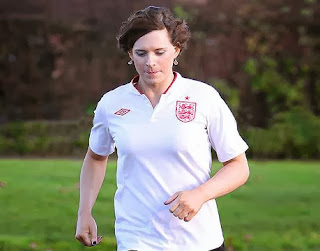 On the surface, things appear to be moving in the right direction on the subject of LGBT rights in UK society. Just today it has been revealed that, following the passage of the Marriage (Same-Sex Couples) Act in July 2013, same-sex weddings in England and Wales have been given the green light to take place from the 29th March next year.

Things are progressing in the field of UK sport too, with Olympic medal-winning diver Tom Daley, one of Team GB's most charismatic and best-loved athletes, revealing last week that he was in a relationship with a man, an announcement welcomed with mostly open arms by fans, figureheads and fellow sportspeople.

When it comes to the relationship between UK sport and trans athletes, though, we cannot say we're progressing quite as steadily.

Just this week Aeris Houlihan, a transgender female from Leeds, has gone public regarding her failed request to play for her local football team, Middleton Park Ladies FC.

The 32-year-old applied to the Football Association in June 2013 for the right to play for the team, and after being asked to provide a doctor's letter verifying her hormone levels - which she duly did - was allegedly ignored for five months, before being told she couldn't play until her sex reassignment surgery has been completed for at least two years.

Given she is scheduled to have her operation in March next year, this means she won't be able to play competitively until March 2016.

Though the rule is supposed to minimise any gender-related advantages while playing football, this cast-iron ruling doesn't take into consideration that Ms Houlihan has "lost all the testosterone advantage males have and I'm far too weak to play for the men's team."

She adds: "The FA didn't even bother to look at my hormone levels or my blood test results, which are the same as any other woman's. They are blind and need to look at the evidence in front of them."

Though the FA isn't particularly known for being at the forefront of LGBT issues, it is not alone in its stance on male-to-female athletes.

This year, we've had the case of Fallon Fox, a M2F athlete whose decision to compete in women's MMA competitions led to a male athlete, Matt Mitrione, labelling her an "embarrassment" and a "lying, sick, sociopathic, disgusting freak". Ultimately Ms Fox was allowed to compete in women's bouts. 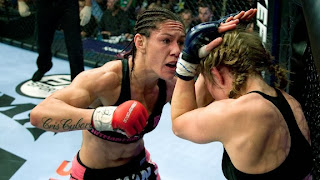 The two-year rule currently implemented by many sports associations derives from the International Olympic Committee, who in 2004, stipulated that they must have legal recognition in their country, hormone therapy to "minimise gender-related advantages" and proof of at least two years of living in their "newly assigned gender" after sex reassignment surgery.

This rule has split opinion in the science and in the sports world. Some welcomed the rule, like Helen Carroll, sports project coordinator for the San Francisco-based National Centre for Lesbian Rights, who claimed it "set a precedent for other organisations", which in turn allowed M2F sportswomen like golfer Mianne Bagger to compete professionally.

Others, like Kevin B. Wamsley, professor of sport history at the University of Western Ontario, criticised both the original rule and the 2012 amendment, which, rather than using invasive procedures, stipulated that female athletes with levels of testosterone that reach a man’s normal level will be barred from competing with other women if it is found that the athlete’s body is responsive to androgens.

"No matter what they call it, it’s still a sex test that’s all about judgments and so much more about social values than science," said Mr Wamsley, the former director of the International Centre for Olympic Studies. "They don’t need this test, and I think they should get rid of it."

The rule is indeed flawed, and its blanket adoption by so any sports organisations worldwide, including the FA, seems to go against the actual science and circumstances of each individual athlete. In Ms Houlihan's case, her blood tests indicate levels of oestrogen and testosterone akin to that of a woman, facts corroborated by her doctor. She is legally a woman, as stipulated by her UK passport and driving licence.

Yet, the fact of the matter is, Ms Houlihan is unable to engage in an activity as simple as playing Sunday League football with members of the same sex as her for at least another two and a half years, because of a rule founded on the somewhat archaic assumption that males' physiques will always be inherently stronger or faster than a female's, and adopted, in absence of anything more concrete on the subject, by a sporting body unwilling to use any consideration or discretion in the case.

The FA website, on its LGBT Football page in the Rules and Governance section, claims it will "Identify boundaries within football that prevent LGBT people from engaging with the sport and ensure that every opportunity is given to enable members of gay, lesbian, bisexual and trans communities to participate and progress within their chosen area of participation in football".

In light of Ms Houlihan's case, it's time for the FA to step up to the plate and ensure this is done.
Posted by Joe Jones at 10:55