The horror of the Gaza conflict, through the lens and tweets of its people 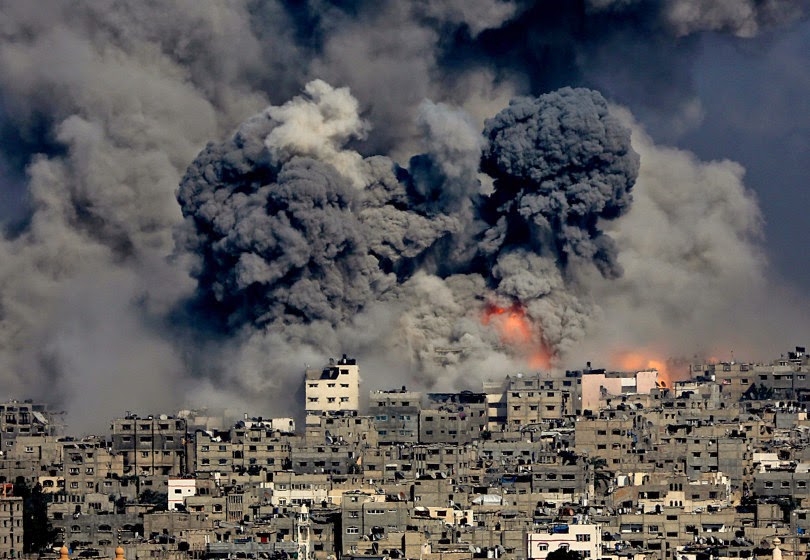 I'm going to start this article by saying the following:

When it comes to this most complicated of conflicts, I have always tried to think of it logically, to come to a calculated decision over what to believe and think, to not let myself get swayed by emotion, hysteria or propaganda.

However, tonight it has been brought a lot closer to home (metaphorically speaking). Via Twitter, millions of people have been witnessing the conflict up close, courtesy of a myriad of Gazans armed with little more than an internet connection and social media devices.

Tonight, on what appears to be one of the heaviest military offenses by Israel on Gaza, I can't help but feel shocked, angry, helpless, and a great deal more, as I find myself reading messages of fear, of panic, of disbelief, and, arguably most disturbing of all, resignation and fatalism.

They are bombing heavily in my area. This is the worst night in this war. I just want you to know that I might martyr at any moment #Gaza
— Guess what (@Farah_Gazan) July 28, 2014


Al Snabel building next to Al Ameen mosque is on fire and ppl are asking for help #GazaUnderAttack #PrayForGaza
— Ziad Bakri (@ZiadBGaza) July 28, 2014


My God the explosions are so close. We don't know what to do. My husband is trying to move furniture to make it safer but how? #Gaza
— OccPal-Gaza (@OccPalGaza) July 28, 2014


Turn off your GBS . Spread the word. Israeli is using it for their targeting . Take care #gaza pic.twitter.com/wAaEzMEF6G
— Nalan Al Sarraj (@NalanSarraj) July 28, 2014


Not only my area is suffering of this night, all parts of #Gaza strip are hearing bombs and seeing flares, this is y we've no shelters
— Guess what (@Farah_Gazan) July 29, 2014

These are normal, young, bright people who should be living life. They should not, under any circumstances befitting humanity, be tweeting that they may be killed at any moment, wondering whether a stray Israeli bomb will fall on their house, purely at random, and wipe out their existence. Sitting in their home, their sanctuary, unable to leave, unable to run, just hoping and praying that they will survive the night.

I really don't know what else can be said. Those tweets speak for themselves.

I hope and pray for your safety, people of Gaza. I want you to know that the world cares about you. And please, keep us updated as often and as thoroughly as you can.