Paris Brown: How the media's hypocrisy and outrage led to a nation bullying a teen

Ah, the Daily Mail. One of Britain's most popular and well read newspapers. That bastion of free speech, which in the past has seen it victimise those on benefits, transsexuals, homosexuals, asylum seekers, migrants and many more, now finds itself spitting venom at someone who isn't even legally an adult.

Paris Brown is a typical British seventeen-year old girl from Kent. Now, I don't know her personally, but if you really have to come to a conclusion about someone's personality from social networking, such as Facebook or Twitter, then I would say she is a bit brash, immature, gobby, outspoken, and doesn't think before she speaks, or at least not before she took up the post of Youth Police Commissioner in her region, where media savviness will be crucial.

So, a normal teenager then. 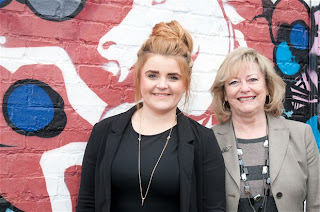 The Daily Mail has latched on to the fact that her tweets, now deleted, contained material of a sexual nature, of a violent nature, of a homophobic nature, and of a racist nature. The article, published online on the 7th April 2013, asked whether this "foul-mouthed, self-obsessed Twitter teen" was fit to become Britain's first youth police commissioner.

At this point I bet the majority of readers would be saying: "well then, she is totally inappropriate for the job! The Mail is right to condemn her!"

It's at this point that I ask you to consider a few things.

Consider how when you were a teenager, you were careless, care-free, and did or said a lot of stupid things which you regretted, and possibly still regret, as you matured.

Consider the informal gossip you're subjected to and possibly contribute to when you're in the office, or out with your friends, where politically incorrect things sometimes slip out and may even be the subject of a few laughs, but because of the verbal nature of the exchanges, the exact words are then lost in the ether.

And consider the nature of the media and peers that teenagers are subjected to on a daily basis, which will influence their still forming opinions.

Much as it would be good to live in a society where any racist, homophobic, sexual and violent conversations, actions, slurs and thought has been completely and utterly expunged, the reality is, it permeates throughout society.

A prime example is football, a topic close to my heart. Homophobia is still rampant in the sport, and I'm not talking just about the fans, I'm talking about the establishment, which is pushing through reforms at snail's pace, and veterans of the game, such as John Fashanu, who disowned his now deceased brother Justin for being homosexual, and to this day simply dismissed the whole affair as a lie, saying "he was not really gay".

Now, I dislike Paris' use of the words "fag" and "faggot", they're horrible words, but I seriously doubt she's the only one in her peer group, or her college, who's used that word in a derogatory context. Don't blame the one person in the spotlight, blame the wider causes in society that have allowed words like this to become "acceptable" curses. It's a word she would have heard on television, in movies and in class, and if she follows football and listens to radio, she'd likely have heard it when a famous footballer said it on a popular morning programme.

The Daily Mail's sole example of Paris' "violent" tweet was one where her brother hit someone in retribution for giving his friend a black eye. Funny that, as any violent crime reported on the Mail's pages results in a torrent of comments calling for corporal or capital punishment towards the concerned party. If anything, the Mail should praise her for her "eye for an eye, a tooth for a tooth" approach.

Sexual conversations? Oh well pardon me. Much as some puritans out there would no doubt love to push through Orwellian measures of "abolishing the orgasm" a la 1984, I don't think it's going to happen anytime soon, so they're not going to stop people, particularly hormonal teenagers, from thinking sexual thoughts, and potentially posting comments of a sexual nature on their newsfeed.

Now, onto racism. Britain has made great efforts to try and eradicate racism from our society. Overt displays of racism or support of racist individuals or organisations are in decline, and you just need to look at such examples as the declining influence of the likes of the British National Party and English Defence League, who 30 years ago were a serious threat to British society, as well as the widespread scorn over Sunderland's decision to hire Paolo Di Canio, who's publicly identified himself as being a fascist.

However, xenophobia still surfaces. The distrust and passive-aggressive attitude for certain elements in society of a foreign nature.

A common one is the view that immigrants are benefit scroungers and only come here and take British citizens' jobs and benefits. Please take a moment to think which media outlets are mostly responsible for this kind of view.

Another one I hear about regularly is the dislike of speaking to a customer service agent based overseas. Many a time I've heard either passive-aggressive comments about wanting to speak to a "British" person and even crudely imitating the agent's accent. Some of Paris' tweets mention the fact that "illegals" on the other end of the phone can't speak English.

Again, this is nothing she wouldn't have heard from people at school, potentially even her adult peers. I've heard people of all ages come out with similar statements. Anti-pikey slurs? I'm sure My Big Fat Gypsy Wedding did a great job demonising the traveller community nationwide.

Interestingly, typing "Daily Mail Gypsies" into a search engine brought out this story on the first page, lovingly entitled: "How to crush a gypsy camp French-style: It took us 10 years to clear Dale Farm but France's ruling have smashed six Roma camps in as many weeks. Guess where the gypsies want to come next".

So, here's a thought. After reading the above, can you guess who it is that helps perpetuate the majority of these ignorant views and sentiments onto society? If you haven't figured it out by now, I'll tell you who: it's the media.

The media that placed the blame solely on Britain's benefit culture for Mick Philpott's manslaughter of six of his children, tarring all benefit claimants with the same brush.

The media that pushed a transsexual teacher over the edge and to suicide.

The media that just couldn't accept that homosexual Stephen Gately's sudden death was not caused by sordid, seedy causes.

The media that regularly demonises immigrants, calling them scroungers, criminals, and unwilling to integrate.

Is it any wonder that, with a media like this, your typical seventeen year old girl, who is still growing and developing mentally, has the opinions that she has? She is merely mirroring the environment she lives and thinks in, one of the hundreds of thousands of teenagers with similar opinions who share their innermost thoughts, no matter how inappropriate, online as if they were just telling a few mates, or as if it was a diary.

The other issue is, of course, the fact that she could have avoided all this outrage by simply not posting what she did, but thing is, the majority of those hundreds of thousands of teenagers post equally politically incorrect or idiotic things every minute of the day and don't get pulled up on their immature, thoughtless tweets, as there's just so many out there.

Generations ago, what a teenager said and wrote only ever had an audience of a few people, a few dozen at most, or in the most extreme circumstances, a few hundred. Nowadays, a teenager's hormonal, immature thoughts are immortalised in the presence of hundreds of millions, and the minute one of those youngsters is put in the spotlight, then out come the claws and the venom, courtesy of the press and millions of people.

Paris is just a teenager. Prior to her getting this job, she was careless and a tad idiotic. She is not a racist, a homophobe, a thug, or a slag. She is young.

After the article was published, the reaction of the Daily Mail readers in the comments section was really something to behold, as people who have never met the girl, who may have had friends, sisters, daughters of the exact same demographic, vented their feelings towards the teenager. The type of people who think it's acceptable to insult the looks of someone who's not even an adult yet, by bitterly spitting "pass the crayons, I want some eyebrows like hers" or "what a scumbag" or even "what do you expect from somebody with a name like Paris?".

The outcry has driven this seventeen year old, who successfully beat 164 other candidates to win this job, to leave Twitter because of the abuse, to be driven to tears in an interview with the BBC as the public and the establishment succeeded in their mission to shame and humiliate a young girl because, years before, she dared to post some misadvised comments on a platform shared by millions of other young people whose viewpoints are directly and indirectly shaped by the media.

So there we go. That's another element which is sadly common in adolescence and in society as a whole: bullying. Something the Daily Mail, along with hypocrisy, has learnt to do very well.
Posted by Joe Jones at 09:45