Shutting down Ask.fm won't make cyberbullying go away - a wider, roots-up approach to the problem is needed

The tragic case of Hannah Smith, the teenager from Lutterworth, Leicestershire who committed suicide on Friday 2nd of August after being subjected to atrocious cyberbullying on the website Ask.fm, has prompted a lot of soul searching and accusations amidst the grief.

For those who don't know, Ask.fm is a social media website which allows users to post messages to other user's profiles, which are displayed in the form of a public wall.

Whilst a substantial proportion of those tend to be from people whose profiles are visible, the main concern over the website is the option to post anonymously. For this is when people, using the cloak of anonimity, are given free licence to let rip with vitriolic and abusive comments.

Going on the Ask.fm page and clicking one of the very first profiles displayed instantly brought me to anonymous messages such as "you're a gay f****r, f*****g your own grand dad in his grave? lmfao sit your ass down before i f**k your mum and sister" and "you better watch your step you little f**k... you are going to find me? lol Go ahead you little c**t". Meanwhile, a random click on a female profile gave me this: "You (and your friends) are ugly f*****g s***s! You think your So amazing but your really not... everyone actually hates you! Your all worthless t***s".

When you consider that the majority of users are teenagers, who are potentially more prone to the damaging effect of offensive and abusive comments such as those above, you realise just how problematic and dangerous this setup is.

Worse still, Hannah Smith isn't the only victim of cyberbullying on Ask.fm to have taken her life - another three deaths have been attributed to the website in recent months in the British Isles: Ciara Pugsley, a 15-year old from County Leitrim, Ireland, committed suicide in September 2012, while Erin Gallagher, a 13-year old from Ballybofey, Ireland, took her life a month later. Both were cyberbullied on Ask.fm. Joshua Unsworth, a 15-year old from Lancashire, also took his life, in April 2013, after being subjected to horrendous abuse on the site.

The problem with cyberbullying of an anonymous nature is that it's hard to hold anybody to account, hard as people may try, so essentially, young, promising lives are lost in the blink of an eye, and there is no justice for the families who are forced to live the rest of their lives without closure. It's a growing problem which has impacted on a substantial percentage of young people - Tarapdar and Kellett's study in 2011 shows that "38% of young people have been affected by cyber-bullying". 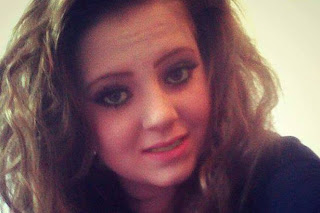 The finger is currently being pointed at the Ask.fm platform itself, with petitions demanding its closure drawing tens of thousands of signatures on Change.org and even the government e-petitions website. More recently, companies have started withdrawing adverts from the website in disgust, which could potentially put financial pressure on the page.

However, we must consider this: even if Ask.fm is shut down completely, what's to say another platform won't take its place within a couple of days with the same format, ie anonymous posting? Ask.fm began in 2010 as a rival to Formspring, another social Q&A website (itself judged responsible for widespread cyberbullying and a string of teen suicides in the US) - it may be the biggest, but it's not the first one, it's not the only one, and chances are it won't be the last one.

Rather, a wider approach is needed to tackle the scourge of cyberbullying. There are three things which need to be considered in this: accountability, safeguarding, and education.

Accountability, ideally, would come in the form of ensuring social media platforms are run on a member-only account format. The vast majority of abusive messages on Ask.fm come from anonymous users, so if every member had to have a login, chances are people may be more careful about what they post.

This, however, is easier said than done, given the open and public nature of the internet. One government cannot realistically demand that every website out there, particularly those visited worldwide, change its modus operandi. Besides, anonymity is one of the key features which makes Ask.fm so popular - many users find this liberating, being able to ask people random questions, perhaps saying they're attractive, or just being silly and cheeky without worrying about being judged. This in turn attracts them to the site, and you end up with a "social media migration" whereby their friends and peers "settle" into the website, creating an account and using it regularly.

Even if our government stopped UK-based IPs from logging onto those websites anonymously, who's to say those who have accounts won't get cyberbullied by anonymous users from abroad? The only suggestion I would have is to block all UK-based providers from even accessing websites who don't commit to non-anonymity, but this may potentially be dismissed as draconian and setting a precedent with regards to freedom of internet access.

Which brings us to our second point - safeguarding. If anonymity online cannot be quashed, then it's crucial for websites to ensure that abuse can be reported promptly and discreetly. Just a few days ago, Twitter introduced an in-tweet abuse report button.

This also has its own issues - often, IRL (in real life) bullying actually spills over to social networks like Ask.fm - those bullied could very well know who's sending those messages, the anonymous cloak ensuring there is technically no proof of this, and any attempt to report the abuse or even, as put by many commenters on some newspaper comment boards, to simply "stop using the website(s)", could have repercussions in real life, in the form of targeted abuse or humiliation for daring to report them or leaving the website.

So the third point, education, is important when the above two still don't yield a solution. Educate both youngsters and adults about the perils of cyberbullying, which sites they should ideally steer clear of, allow open three-way conversation between parents, teachers and pupils that takes the opinions of all into account, teach youngsters how to become responsible internet citizens and propagate knowledge of how, if places like Ask.fm are to still be visited, to use them wisely and know what to do to report any abusive content. And since cyberbullying and real-life bullying are often interlinked, more efforts need to be made to address the latter as well.

Crucially, adults need to stop churning out the age-old "if you get bullied, just leave the website" mantra, which has a negative effect on the bullied party, like "it's that simple, you're an idiot for not doing it", and their inability to do so means that they're effectively do something wrong - the last thing they need. It lacks empathy and understanding. It's not as simple as that for teenagers, bearing in mind how much peer pressure they have to deal with, and how they feel the need to be accepted and be with the "in" crowd. Just like "walk away from bullies" or "report the bullies" back when I was at school wasn't as simple as it should theoretically have been, neither will leaving a website, particularly when the bullying is done by someone they know and have to put up with regularly.

The death of so many young, promising teenagers at the hands of cyberbullying on social media is a modern-day abomination and needs to be addressed swiftly, thoroughly and promptly, but we need to stop viewing the likes of Ask.fm as simply engines of bullying, where getting rid of it will magically make the problem go away. It, and other social media, should rather be viewed as an extension of bullying, and as thus, we need a total, roots-up approach to match the problem, both online and in real life.
Posted by Joe Jones at 13:07