Social media martyrdom: Lessons to be learnt from the Paris Brown debacle

So, there we have it. The Daily Mail can now add the character assassination of a seventeen year old girl to its illustrious resume. Today Paris Brown, the country's first Youth Crime Commissioner, has resigned from her post thanks to the Mail's digging up of misadvised tweets she posted several years ago. A sad, but perhaps inevitable, end to what was the opportunity of a lifetime for the young teenager from Kent. 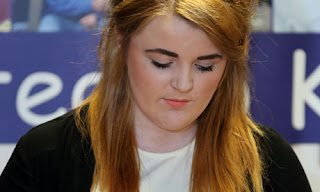 Clearly, the Daily Mail's comments about Paris being a "racist" and a "homophobe" and guilty of "hate speech" have sunk into the consciousness of many of those who haven't taken the time to properly analyse the offending tweets for themselves, who would have found, at worst, misadvised, immature posts and inappropriate words straight from the mind of a silly, careless and carefree young teenager who couldn't possibly have known what the future had in store for her.

Ironically, if anyone spent some time looking at some of the comments posted by, I presume, fully grown and responsible adults in the Daily Mail comments sections at the bottom of so many of the articles, teenage Paris' old tweets would probably be towards the mild end of the scale.

There is a video on satirical news site The Onion which discusses how, by 2040, every presidential candidate in the United States will be unelectable to political office due to their embarrassing Facebook posts.


Though a parody, this is exactly what has happened to Paris in this case - her immature and embarassing tweets have caused her to lose office just days after her appointment.

Crucially, lessons need to be learnt from this whole affair to ensure this doesn't happen again. Paris should have known that she was taking up a position in the public spotlight which would have been open to intense scrutiny, and as such, should have been more proactive in wiping her e-slate clean and deleting the offending tweets as soon as she was even thinking of applying for the role.

Likewise, Kent Police's procedures should have included the vetting of all the candidates' social profiles, to ensure that any candidate thrust into the limelight couldn't have been embarassed and demonised as Paris has been.

Ann Barnes, the police and crime commissioner for Kent, stated: "We used Kent Police's vetting procedures, which do not normally involve scrutiny of social networks for this grade of post." This needs to change immediately, to avoid giving predatory media outlets easy ammunition with which to destroy the reputation of anyone who enters the public arena.

As it stands, Paris Brown has had her reputation dragged through the dirt because of things she wrote when she was younger, she's sacrificed a role of a lifetime due to the untenability of her position, and Kent Police has been left embarassed because the whole affair was allowed to happen in the first place.

Paris herself said: "I hope this may stand as a learning experience for many other young people." In today's society, in which online conduct is just as important as real-life conduct, teenagers all over the country would be wise to listen to her words, because as Britain's first high-profile social media martyr, she knows all too well what it's like to have your real-life reputation of today destroyed by your online personality of yesteryear.
Posted by Joe Jones at 12:07